Japanese irises are great plants that put on a fantastic flower show in mid summer.  Many people are familiar with other types of irises but less familiar with Japanese irises.  There are several different varieties of irises available as garden plants.  The most commonly grown irises in Nova Scotia are the Bearded irises and the Siberian.  Other irises include the pseudacorous and pseudatas as well as Louisiana, and irises that grow from bulbs instead of rhizomes.  Japanese irises have rhizomes much like those of the more common Siberian irises and not big, fleshy rhizomes like those of the more common Bearded irises. 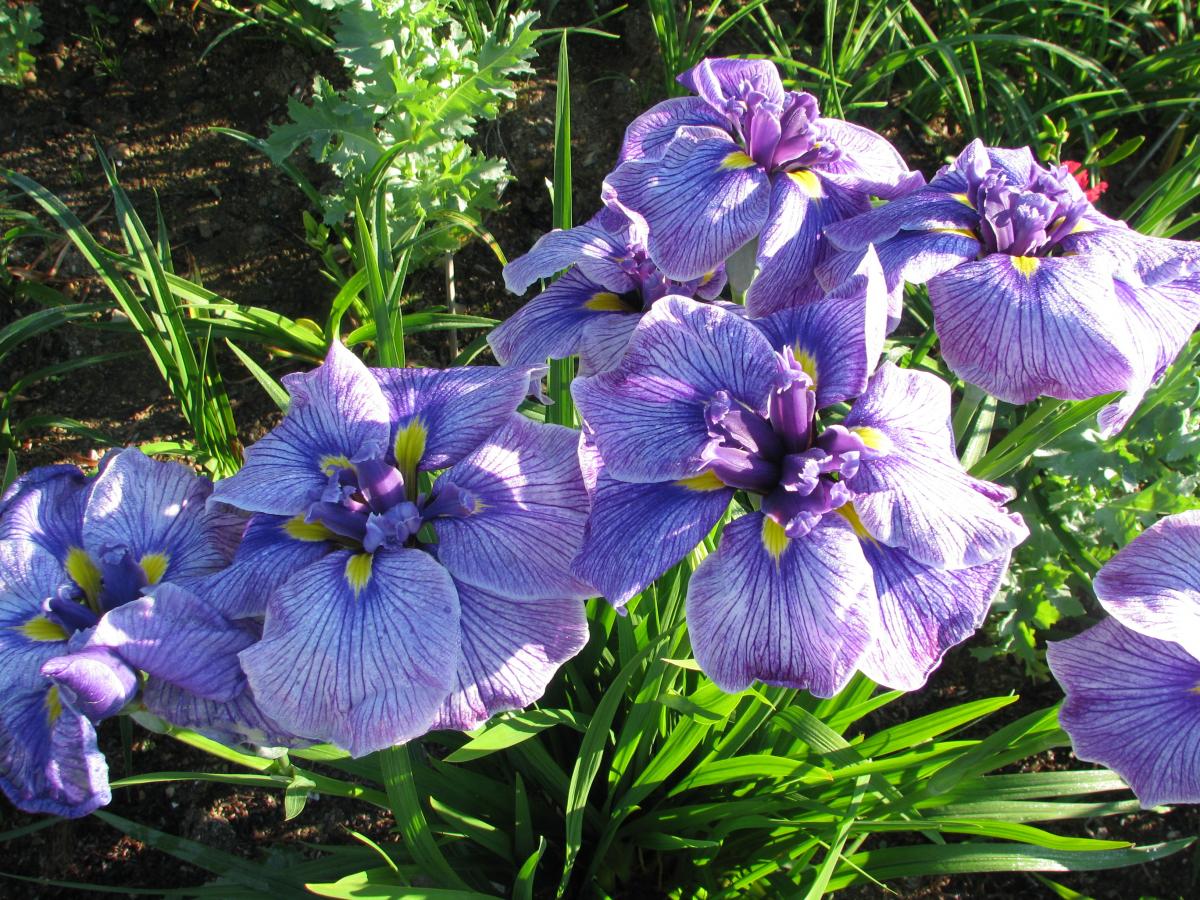 Japanese irises look OK in their first year but they put on a fantastic display in their second and third year of growth, provided they have received good culture. They love damp areas that have good drainage. That is, the soil is damp but the dampness flows in and out and does not sit and stagnate. You can grow them in a pot in a pond over the summer; however, the pot should be removed from the pond before winter and should not be allowed to freeze in the pond. Put the pot in the ground over the winter and then you can place it back in the pond the next summer. Japanese irises can be grown in a regular garden quite successfully but you need to make sure you treat them well. They like moisture and should receive an inch of rain each week. If it does not rain, be sure and water them. Once they have finished blooming, do not forget about them but make sure to keep watering if there is not sufficient rain. If they are allowed to dry out they may not grow very well the next year.

Because of their need for moisture, it is important to plant them deeply (about 4-6 inches). Make a deep hole with a small mound of soil in the centre. Spread the roots out over the mound and fill with 4-6 inches of soil. The roots will grow to the surface over a two year period. They will not do well in a dry sandy soil. A rich loamy soil is best, even a clay based soil is good as well. Whatever your soil, be sure and add good organic material, such as horse manure, compost, leaf mold etc. Adding a mulch to conserve moisture is a great idea. Japanese irises like a slightly acidic soil, so bark mulch is a good choice for mulch. I use horse manure that has wood shavings in it.

Because they like an acidic soil, do not add lime around Japanese irises and do not use seaweed. Because wood ashes turn the soil  alkaline, do not spread ashes around Japanese irises. They do not like salt so be careful not to plant them close to a highway or walkway where salt is used in the winter time.

If you grow them in a damp area you can most likely get away with leaving them in the same spot for many years. However, if you grow them in a regular garden you may need to dig and divide them by their fourth year because the clump will be too big and the roots will have grown to the surface and will dry out quickly. Once you have dug them up and divided them you cannot put them back in the same spot. The roots seem to emit some type of compound that will negatively affect their growth and they will remain stunted and not perform very well. This has even been observed where Japanese irises were planted in soil where no Japanese irises had been grown in the previous five years. Below you will find a powerpoint presentation with more information and photos about growing Japanese irises.  (The file is large & may not open for you, however, follow the prompt message and click on the word 'here' and the file should open for you.)